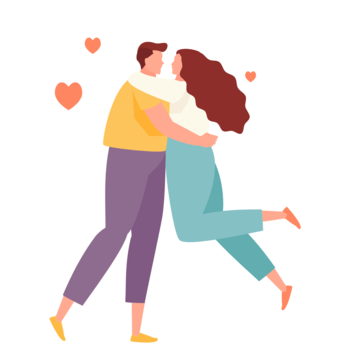 With grandiose narcissists the love bombing phase will circulate around their grandiosity. There will be a lot of spontaneous moments, grandiose gifts and trips, high levels of intimacy, and an overwhelming sense of connection. The feeling they get from seducing others into the abuse cycle is a MAJOR source of narcissistic supply for them.

When it comes to communal narcissists, the love bombing phase will circulate around their charitable nature. That’s right, communal narcissists accumulate narcissistic supply by doing charitable things for others! Of course, this is only if there is an audience to witness their “greatness” but nevertheless they often do wonderful things. So, the love bombing phase will likely be a display of their “wholesomeness” and will inspire you to find the best version of yourself.

With malignant narcissist the love bombing phase is plagued by their paranoia, intensity, and need for control. They’ll want to know what you’re doing, where you’re doing it, and who you’re doing it with at ALL times. They’ll often buy their victims gifts they use to control them like cell phones, cars, houses and so on. It may seem like an obvious red flag but malignant narcissists are often very successful so their demeanor often makes people feel secure, which is how they draw people in.

Study About the Duration of the Love Bombing Phase

Terms You Need to Know to Understand the Data

What Can We Take Away From This Study?

A really interesting part of this study is the fact that there’s a different reason for the participants gravitating towards the abusive relationship for each type of narcissist. While we can’t be sure as to the reason why, it would be a VERY logical guess to assume it had something to do with the narcissist’s behavior patterns.

Grandiose narcissists are often the center of attention, talk of the town, and most likely to reach “celebrity” status. They’re flashy, confident, charming, charismatic, intelligent. They use all of the characteristics to create a very powerful love bombing phase and pride themselves in their ability to seduce others.

So, if someone who grew up in an environment where their needs were often neglected, the amount of attention grandiose narcissists give to their victim’s during the love bombing phase could make them feel really good about themselves, causing them ignore the red flags and gravitate towards the relationship.

Malignant narcissists are POWERFUL. Everything about them is so intense. They have a hyper focus on power, profit, and pleasure which often lands them in very powerful and successful positions.

Which is congruent with the fact that many of the participants felt that they got into the relationship because it made them feel safe and secure.

Communal narcissists are really good people… on the outside. They’re the type of narcissists who will volunteer in their community, go to developing nations to do good things, donate large amounts of money to good causes and so on.

When you get love bombed by a communal narcissist, it can make you feel really good about yourself and the direction of your life. They’ll often bring you in on their charitable actions which makes you feel even better about yourself and leads you to constantly think about the good you could do together, which is a form of idealization, the most common answer we saw among our participants.

It is really hard to kick someone when they’re down. Which is why covert narcissists attract people who are overly empathic and/or have a need to rescue others. Covert narcissist portray themselves the most victimized people on the planet. They have so many hidden “talents” that people just “take for granted” and it makes others feel really sorry for them.

Many of the participants who dealt with covert narcissists reported that they felt as if they saw the greatness in their abuser during the love bombing phase. They believed that if they could just help them out of their depression, they thought that the covert narcissist would go on to do wonderful things.

If a covert narcissist gets the validation and admiration they desperately need for long enough, they’ll morph into a grandiose narcissists.

The intensity of a malignant narcissist should not be underestimated. As you can see, the time it took for the participant to let their guard down (average of 2.07 months) to the moment the relationship turned from love bombing to devaluation and discard phase (average of 3.52 months) was the shortest among all of the types of narcissists.

Malignant narcissists are the type of narcissists that are often misidentified as psychopaths. They are often sadistic, have a strong need to constantly prove their dominance over others, and are masterful at manipulation, extortion, and exploitation.

The vulnerability of a covert narcissist is very deceptive. They have an insane amount of grandiosity, arrogance, and entitlement however it manifests in a very, very sullen manner.

They are masterful at weaponizing guilt and shame to keep their victim’s trapped within the abuse cycle which explains why the participants who experienced covert narcissistic lowered their guard much more quickly than the rest of the participants (average of 1.96 months).

Communal narcissists are arguably the hardest type of narcissists to identify. The reason being that their charitable nature hides their grandiosity, arrogance, need for validation and admiration, and sense of entitlement in plain sight.

Their approach to accumulating narcissistic supply, doing good things for others, is such a large aspect of their identity that it makes it really difficult acknowledge the red flags, which is probably why they have the longest love bombing phase (average of 7.34 months).

We are really excited to announce that we’ve been ranked #8 on Feedspot’s Top 70 Narcissism Blogs of 2022! We’re really happy to rank this high in the early stages of our organization and we can’t wait to see what the future holds!

For every single answer that the participants gave, please click the link to the PDF file below!

Fluctuation between grandiose and vulnerable narcissism.

THIS INFORMATION IS FOR EDUCATIONAL PURPOSES ONLY AND IS NOT INTENDED TO BE A SUBSTITUTE FOR CLINICAL CARE.

IF YOU’RE IN THE UNITED STATES AND ARE SUFFERING DOMESTIC ABUSE, PLEASE CONTACT THE NATIONAL DOMESTIC VIOLENCE HOTLINE AT 1.800.799.7233 OR YOU CAN VISIT THEIR WEBSITE FOR MORE HELPFUL CONTACT METHODS.

WE URGE YOU TO ENSURE YOU’RE IN A SAFE ENVIRONMENT WHEN YOU DECIDE TO REACH OUT FOR HELP. FOR THOSE WHO CURRENTLY RESIDE IN THE UNITED STATES, VISIT NATIONAL DOMESTIC VIOLENCE HOTLINE’S LOCAL RESOURCES TO FIND HELP IN YOUR AREA.

FOR THOSE OUTSIDE THE UNITED STATES, BE SURE SAFELY REACH OUT TO THE PROPER AUTHORITIES.